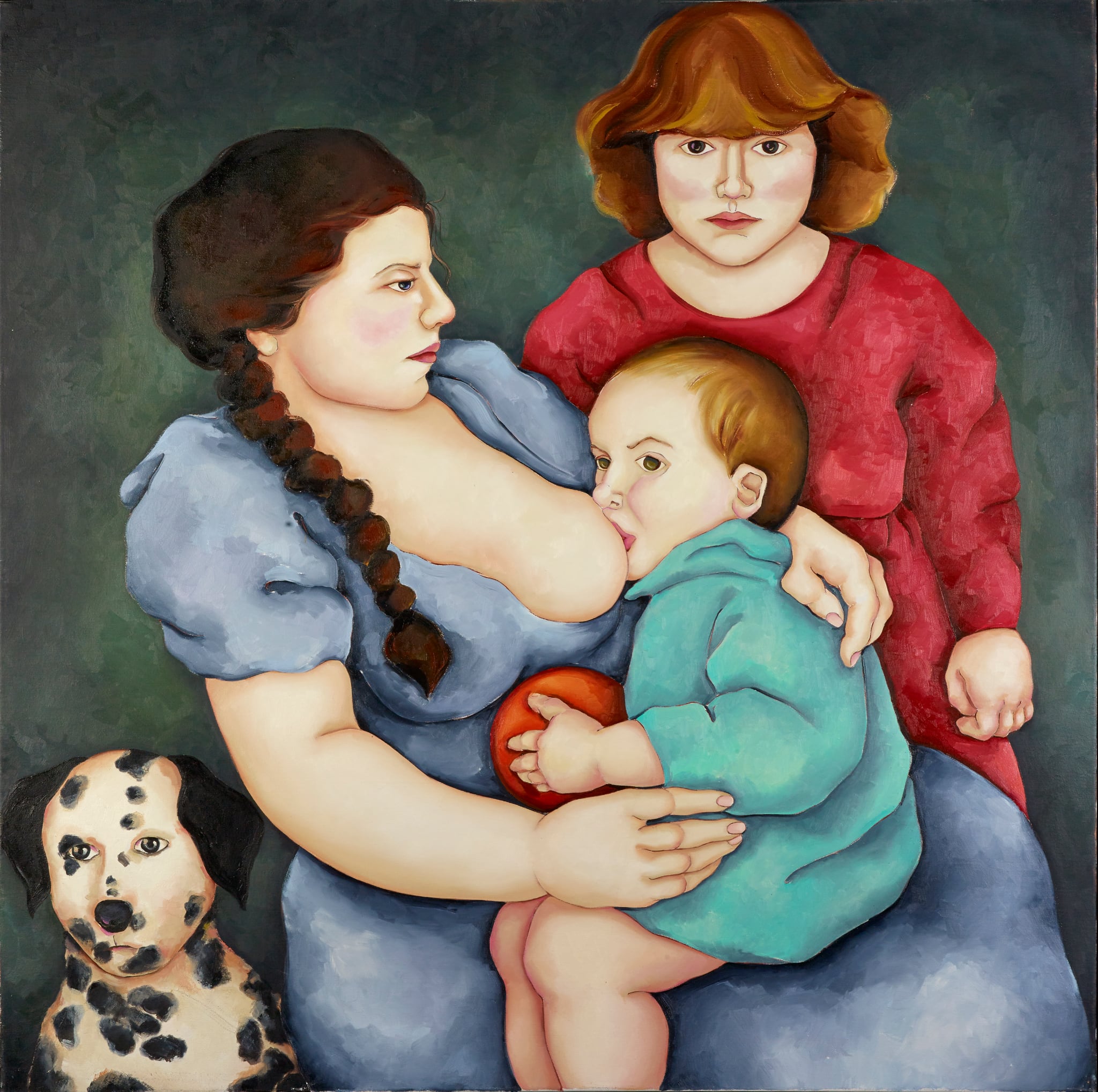 By Mlikemalinowska202030 kwietnia, 2022No Comments

After completing on my diploma depicting self portraits nude I was looking for another topic for my work. Apart from the fact who I am and what I am, the fact where I come from became very important to me. I think that one grows into certain things and that one needs to take a journey in search of one‘s identity. To be honest, I was always afraid to give my ancestry any deeper thoughts.       But a sudden trip to Israel triggered an impulse to break the silence. In order to apply for the visa I have searched for documents relating to my family. For the first time in my life I came across the information on who survived the war and who perished. Suddenly I come across records from Yad Vashem, relatives in New York and old photographs of people with sad-looking faces.

I have always been aware of my Jewish ancestry, but I have never dwelt on it. I was proud of my roots, as if history made me to be someone very special, but I treated that fact as a gift which I was owed.

My „Lost Generation” project is focused on depicting children. It is a trial to recall a Jewish community from before the war. The starting point for the portraits were photographs of Jewish children taken in the 30‘s – some of them anonymous, a lot of them by Roman Vishniac. Using those pictures for my canvases I am trying to go back in time. In a painter‘s way I focus on the spirit of the times, on the colors, the clothes, the light. I want to express my nostalgia, embrace Zeitgeist, somehow. I do not want to emphasize the war, conflicts or death. Rather, I want to tell you about past times which do not exist anymore and about the spirit of the age. I do not directly refer to commonly recognized symbols, but I try to awaken the emotions and ability to empathy. I am trying to stop the course of history for a while and to recall those faces, to reconstruct the picture of the past in your imagination, like when you open an old photo album.

The first part of „The Lost Generation“ project consists of seven paintings. Seven is not a random number here. It is considered to be a mystical number and it plays an important role in Jewish culture and religion. That is why menorah consists of seven branches. In my paintings you can find seven special days stamped on them like on archival photographs. Those dates point towards the years 1933-39, when the policy of nationalism, fascism and antisemitism was growing stronger. They are associated with historical events which, in a way, led to the outbreak of 2nd World War and shaped its course. That period, treated chronologically and presented by numbers, has its beginning and its end. It results in an outbreak of uncontrollable evil whose effects are irreversible. I want to point out at that process in order to shape awareness for the future.

Thanks to a sim-
ple trick such as putting numbers on the bottom of the paintings, we suddenly find ourselves in a different age.

The first date in the domino effect leading to disastrous events is 27th February 1933 – the date of the Reichstag (the German Parliament) fire in Berlin. The fire was most probably set on purpose, but it is not certain why and by whom. Still, it appeared to have significant consequences for the German politics. Historians agree that because this incident was perceived as a conspiracy of the opponent parties, it was a decisive step on NSDAP‘s way to gaining full power and transforming the parliamentary republic into a single-party totalitarian system.

On 5th March 1933 Hitler legally came into power. He became the Fuhrer and Chancellor of the Third Reich with 90% votes. As Norman Davies says in „Europe“: „Hitler‘s democratic triumph showed the true face of democracy. Democracy itself has little advantages: it is as good or as bad as principles of the people who exercise it. It will bring tolerant and liberal reign when adapted by liberal and tolerant people, but in cannibals‘ hands it will bring cannibalism“.

Setting up of Dachau on 21st March 1933 is also a date on one of my paintings. The day it was open was the beginning of every-thing that is associated with the term „concentration camps“. It was built by a decision of Heinrich Himmler and it be-
came a prototype for all other Nazi camps.

On September 15, 1935. Reichstag passed a series of laws known in history as Nuremberg Laws. That‘s when antisemitism became more than just a notion in the society. It became a fully legal element of German policy. On the basis of those laws, which were the final step on the way to limiting Jewish rights, the Jews were deprived of Third Reich citizenship. They did not have a country and were not protected by law. They become nothing within the German territory.

„Set fire to their synagogues and bury and cover with dirt whatever will not burn so that no man will ever again see a stone or cinder of them. This is to be done in honour of our Lord“. The Anti-Semitic atmosphere in pre-war Germany reached its peak on 10th November 1938 on the Night of Broken Glass. For some time the Nazis had been planning brutal anti-Jewish operations and they were just looking for an excuse to execute them. The Night of Broken Glass was an act of vandalism upon synagogues and Jewish shops, performed by the entire German society.

On 28th April 1939, which is another date on one of my paintings, in Reichstag, Hitler gave his famous speech, which summarized his plans and his way of thinking. He openly declared that obtaining „living space“ in the East was going to be the main goal of the Reich policy. He declared a strong belief that his racially uniform nation needed new land and he officially broke off the Polish-German non aggression pact. It was just before the breakout of World War 2.

On 1st September 1939 the hell broke loose. This is the date on the final painting in the series. Germany invaded Poland without previous declaration of war.

The end of summer holidays and the end of pre- war world. What was to believed stoped in the instance. I treat this point in the history very personally. The war and post-war events shaped the country I was born and raised in. Our centuries-old 3.3 million person Jewish community disappeared from the face of the Earth, a large part of our intelligentsia was exterminated and the whole picture of society changed. I was lucky to be born after the war but that war affected me too. I listened to my grandmother telling me about occupied Warsaw, I was raised among monuments for the perished, I walked the new streets ineptly trying to cover the city ruins, in the secret of my origin.

Now I think about other people‘s past that influences my reality. There were people who are now gone, there were towns which do not exist anymore, there were traditions which
are not observed these days, there were lines not to be crossed;

I would like to dedicate this series of paint-
ings to Ms Roma Ligocka who, as the girl in the red coat, is also the main character in the final painting. I hope she won‘t mind.

The second part of the project with a working title in serch for the lost time didnt cary such strict intelectual rulles as the first one. it was my ever growing need to go back in time and bring to the surface faces of people long forgoten.

I wanted to depict ruffnes of pre war times but also some naivity in looking at the worls- like through child eyes.

I keep asking myself: what is important? What does my memory and my belonging to the Jewish culture consist of? Thanks to the memories, something I have not experienced becomes a part of my life and the most important element of my work. That‘s how I understand the attempt to revive the past. I, who grew up with memories and stories told by the people who are now gone, try to go back in time. Out of longing for those days I intuitively recollect the myth of childhood. Returning to childhood is like a symbolic return to the past for every one of us. And that‘s how we come to the origin of my project.